Space ROS: Our Vision for the Future of Space Exploration and Robotics 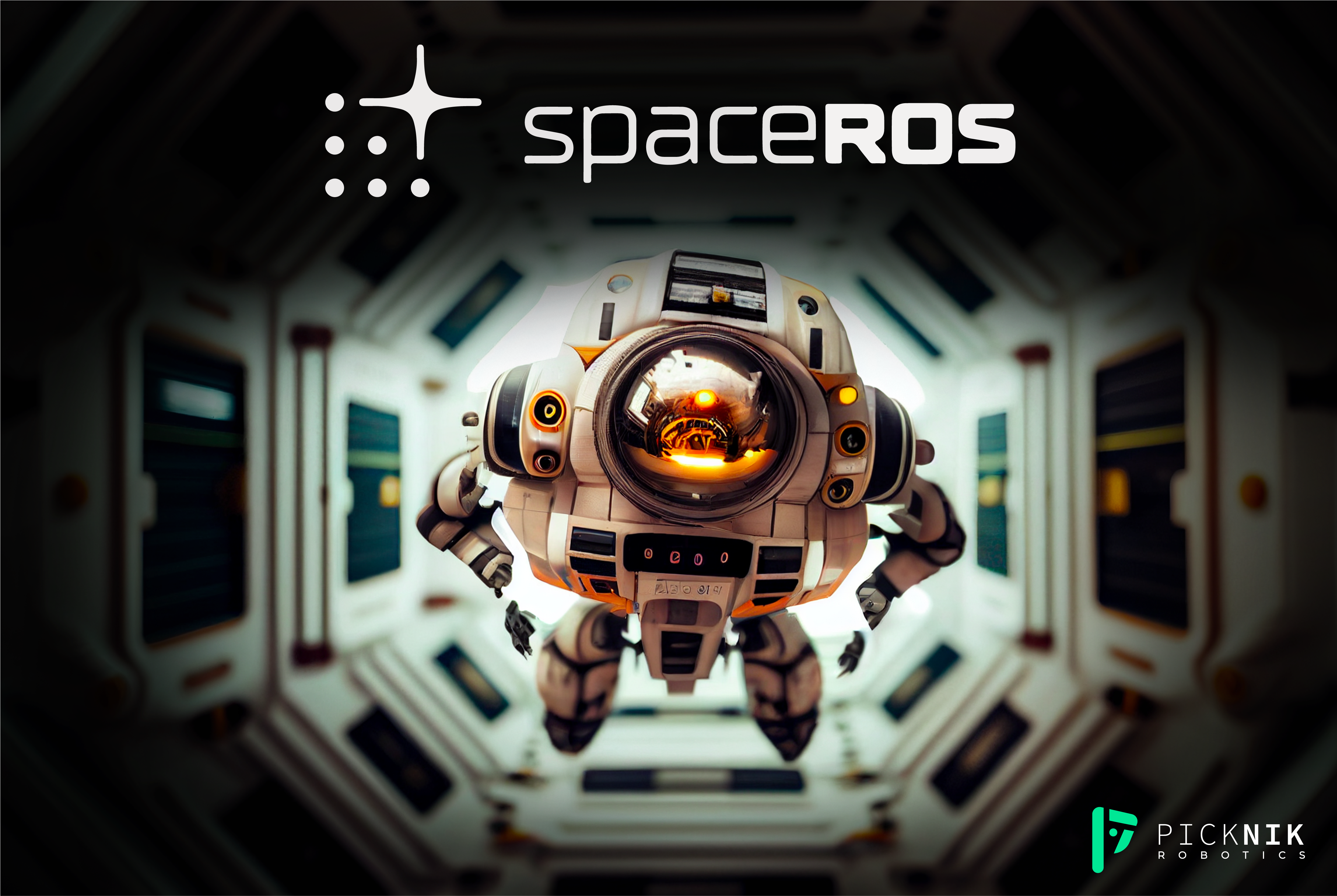 After a brief intro by PickNik CEO Dave Coleman, Josh Mehling (NASA STMD Principal Technologist for Robotics) spoke about how NASA wants to facilitate the existence of Space ROS. NASA is a big supporter of broader ROS use. Evan Laske from NASA JSC echoed Josh’s sentiment and is excited about the potential to advance dexterous manipulation for space applications.

Terry Fong, Director of the Intelligent Robotics Group at the NASA Ames Research Center, spoke next. Terry has been advocating for ROS in space as early as 2013 (!). Terry articulated NASA’s point of view which is focused on trying to push robotics into space in ways that are (1) faster in terms of development, (2) interoperable, and (3) lowering the barrier to entry. He has seen the big impact ROS has had terrestrially. It is important for NASA to hear that it’s not just a few people inside of NASA who are interested in Space ROS. NASA needs to see Space ROS become a self-sustaining community that does not die the instant NASA stops funding it. NASA has a system engineering risk management process to minimize the chance of having ``a bad day,’’ but this very expensive and time consuming.

Next, Steven! Ragnarök, Robotics Software Engineer at Open Robotics, gave a quick review of the work that Open Robotics has done so far on Space ROS. They have spun up the initial Space ROS infrastructure, and the sync between SpaceROS and ROS 2 Humble. Some of the changes are linting related, but a lot of changes went upstream (in ROS 2). Steven clarified that OSRF manages github access to space-ros repositories. The new Space ROS website can be found at https://space.ros.org.

Sean Kolk from PickNik talked about how ITAR might affect Space ROS and the value of Space ROS outside of the US to, e.g., ESA. He also mentioned the joint response that PickNik and Open Robotics submitted to the NASA RFI Strategic Technology Framework “EXPLORE&LAND Thrusts”, which advocates for further development of Space ROS.

Dave Coleman, CEO at PickNik, talked about our plans for Space MoveIt, a flight-ready version of MoveIt that is built on top of Space ROS. PickNik is committed to Space ROS and is in the process of establishing a Technical Steering Committee to help guide its development.

Austin Probe from Emergent Space Technologies did some initial work on Space ROS under a NASA contract. However, their work on Space ROS is mostly ITAR-covered and he is still determining how to transition some of this work to the open source community.

Ivan Perez (NASA / KBR) talked about the software runtime monitoring / verification tools that he has been working on that can be used to get Space ROS flight certified: OGMA and copilot. Anastasia Mavridou (NASA Ames) mentioned requirements tools like FRET that are a useful component of the validation and verification process.

Stephen Hart mentioned some of the work that TRACLabs has done to create interoperability between ROS 2 and cFS (core Flight System).

The meeting ended with PickNik discussing the formation of a working group to meet together and start pushing this initiative forward, and Emergent saying they also have some ideas for setting up a Technical Steering Committee which we will all discuss more on very soon.

At PickNik, we are excited to be at the forefront of the development and advancement of Space ROS, an open source robotics software for space. As a leading company in the space robotics industry, we are committed to not only contributing to the growth and progress of this industry but also leading the effort in making space exploration and robotics accessible to everyone.

As part of our commitment, we are already working with NASA under a SBIR Phase III contract to advance the TRL of space robotics software, and have been working with companies such as Motiv, Maxar, and Sierra Space on developing advanced robotics solutions for space. Our collaboration and partnerships with these companies have allowed us to gain valuable experience and knowledge in the field, positioning us as experts in the industry.

We believe that space is for everyone to get involved in, and Space ROS can be the initiative that gets more interest and involvement in the industry. Our vision is a future where the space industry is contributed to by people all over the world, where the brightest minds everywhere can be a part of getting humans further in space and learning more about our universe. By making Space ROS open-source, we enable anyone with an interest and passion for space and robotics to join the effort and make a difference. We at PickNik are committed to contributing to Space ROS, as we have been in the past with ROS and MoveIt. Our extensive experience and expertise in open source robotics development allows us to understand the potential and limitations of the technology and how it can be applied to the space industry.

In conclusion, at PickNik, we are excited to be leading the effort in developing Space ROS and making space exploration and robotics accessible to everyone. Our partnership with NASA and other industry leaders, along with our expertise and commitment to open source technology, positions us as experts in the field, and we are excited about the future of Space ROS and the impact it will have on the space industry. We look forward to seeing the contributions and advancements made by the community and are excited about the possibilities that lie ahead for space exploration and robotics.