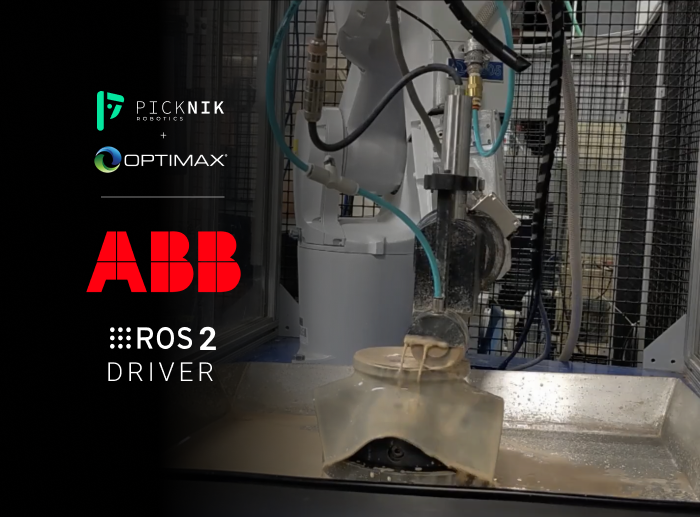 PickNik Robotics and Optimax Systems Inc. have collaborated to release a ROS2 driver for ABB manipulators.

Optimax, the largest prototype optics manufacturer in the United States, and PickNik Robotics have collaborated to release a ROS2 driver for ABB manipulators. Optimax optics have a wide variety of applications, including aerospace, semiconductor, military, medical, and research and development. The company will use the new ABB package for precision manufacturing.

PickNik’s team of 30+ roboticists are leaders in the open-source robotics community and collectively have over 300 years of robotics experience. This is the second major robot driver for ROS2 that PickNik has helped release.

The new ABB package allows two different modes of simulation. In the first mode, it can spoof ros2_control drivers for simulation in ROS. Alternatively, the driver can communicate with ABB’s proprietary RobotStudio software, which is a very accurate simulation environment and enables a wide range of ABB-specific add-ons. The package has also been tested with an IRB 1200-5/0.9 manipulator. As of now, the package contains a detailed README and launch files for the IRB 1200-5/0.9. Porting new robot models should be a straightforward process, and we welcome pull requests. The ROS community has already opened several pull requests to contribute additional functionality.

Compared to the ROS1 ABB packages, the advantages of this new ROS2 version include:

Installation and instructions can be found here. Please leave feedback for the developers and make feature requests as issues.