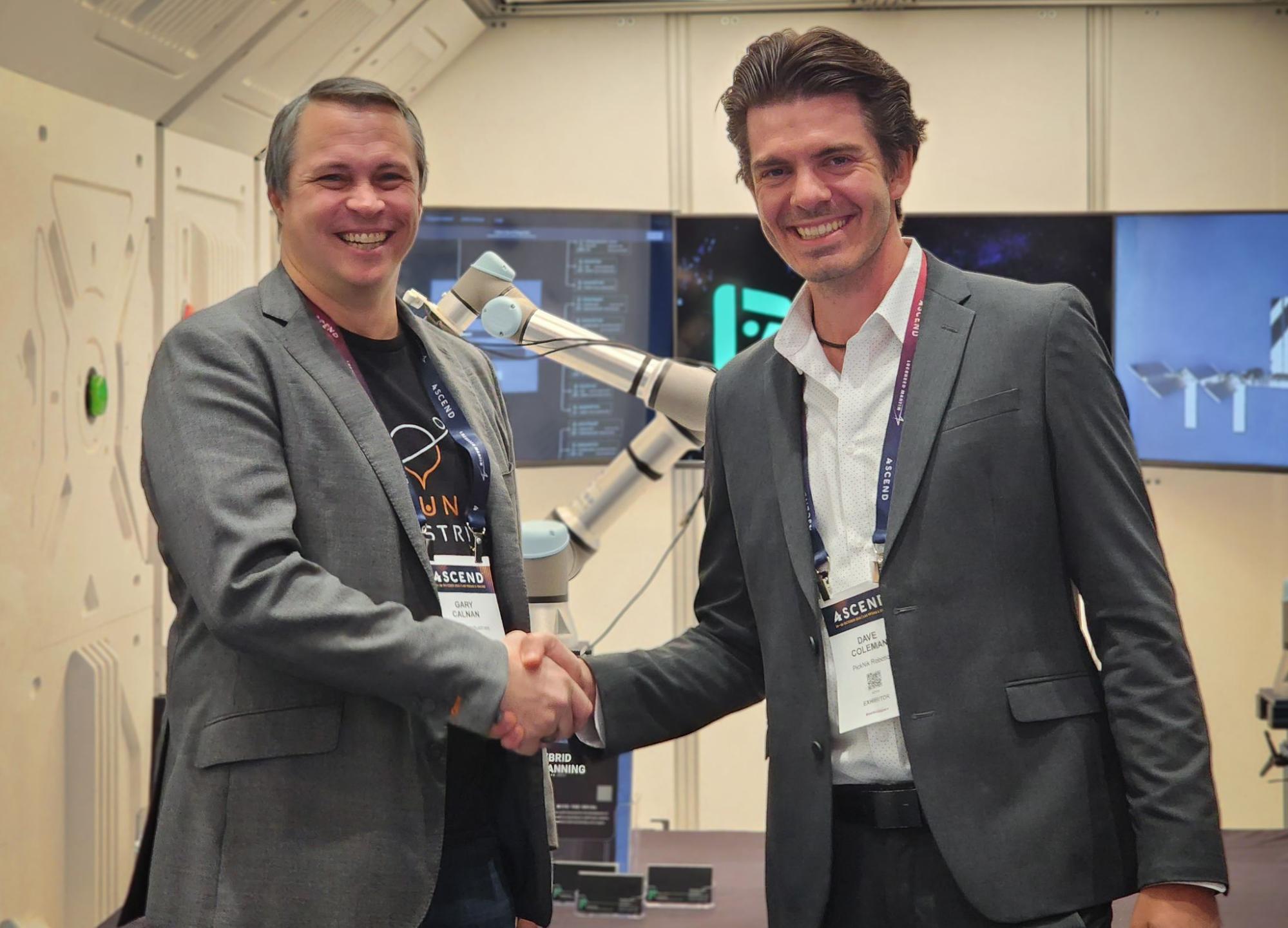 Boulder, CO — November 15, 2022 — PickNik Robotics, a leader in robotics software and engineering services, today announced today announced a collaboration with CisLunar Industries, a space technology company working on in-space metal processing. The companies will explore how PickNik’s MoveIt™ Space software for robotic arms can help CisLunar with the precision feeding of metal materials into their in-space metal-processing system, Modular Space Foundry. Workflows will include the dismantling, manipulation, transport, and transfer of simulated or actual metal debris into pieces of appropriate size and shape to be fed into the in-space metal processing system. The purpose is to support the processing and removal of space debris.

CisLunar Industries’ Modular Space Foundry can receive metal and process it into basic metal products for In-space Servicing, Assembly, and Manufacturing (ISAM) markets. It can also process it into a metal propellant for in-space logistics. The company demonstrated an initial Earth-based prototype in 2021 and continues research and development of relevant technologies.

“PickNik Robotics’ MoveIt Space can be used for a broad range of space applications,” said Dr. Dave Coleman, CEO of PickNik Robotics. “It is gratifying to collaborate with CisLunar, a company that is so passionately developing solutions to help get rid of the increasing amounts of space debris.”

“CisLunar Industries is laser focused on in-space metal processing,” said Gary Calnan, CEO of CisLunar Industries. “This collaboration with PickNik will help optimize the use of robotics in the important task of space debris remediation.“

The PickNik Robotics team has direct experience with the Robonaut 2, OSAM-1, and OSAM-2 programs and has successfully completed several NASA SBIRs with Johnson Space Center. It also recently won an additional NASA contract and a new Space Force contract. In late March 2022, PickNik Robotics announced it was collaborating with Sierra Space on robotics for space habitats and deep space missions.

CisLunar Industries is a space technology company that is turning space debris and other in situ materials into a resource for accelerating the in-space industrial revolution. CisLunar’s Modular Space Foundry (MSF) is a distributed metal processing capability composed of numerous, small, low-cost, modular processing units that receive metal feedstock and process it into basic metal products for In-Space Servicing, Assembly, and Manufacturing (ISAM), as well as into propellant for in-space transportation and logistics. MSFs are platform agnostic and can be deployed to the locations and in the quantities needed to match feedstock supply and product demand. CisLunar demonstrated an initial Earth-based prototype in 2021 and sees a path to a commercially available system in the 2023-2025 timeframe. Learn more at www.cislunarindustries.com.

PickNik Robotics helps companies address the technical, cost, and time challenges associated with the development of advanced robotic applications. Major robotics organizations, such as NASA, Google, Amazon, Samsung, and many others, have partnered with PickNik to develop robotic applications. PickNik also supports and collaborates with the worldwide open source robotics movement and is the lead developer of MoveIt. Founded in 2015, PickNik is based in Boulder, CO. More information at www.picknik.ai