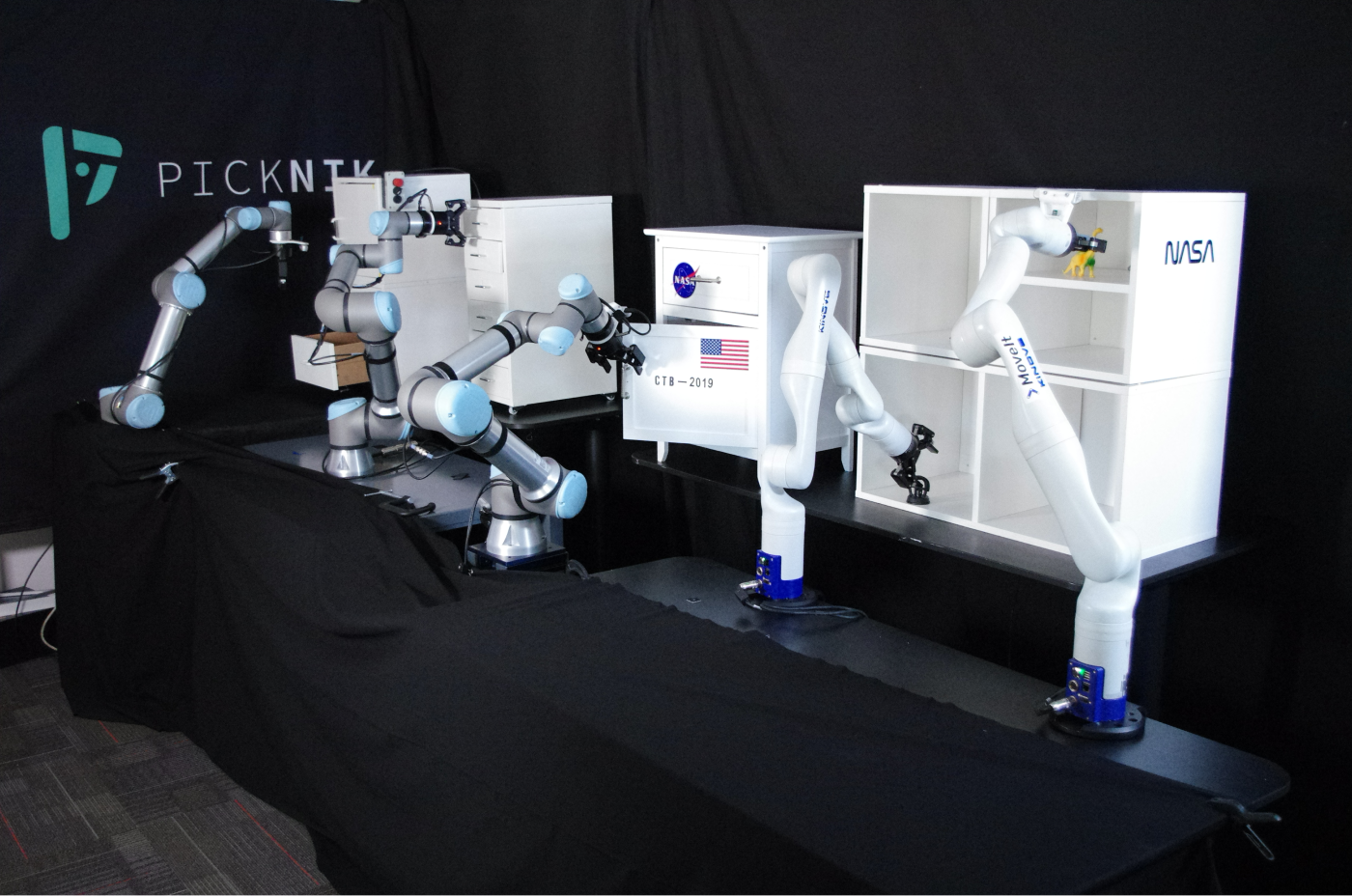 In space missions, for example, robotic arms are used to repair satellites and augment astronauts inside space stations, and will also be used to build the future moon base. The challenge is that fully autonomous robotic arms are not yet possible, nor does mission control want them to be. Most applications of robotic arms, outside of factories, still require a human in the loop to provide remote high-level commands, monitoring and support for when the robot gets stuck.

Already being used by NASA and others, MoveIt Studio enables robot operators to specify complex sequences of motions for robots (e.g. Robonaut 2) in unstructured environments such as the International Space Station or the future Lunar Gateway. (In June 2021, PickNik was awarded an SBIR Phase II from NASA for robot arm motion planning in microgravity environments.) MoveIt Studio can also be used for subsea, defense/security, construction and home uses.

“MoveIt Studio enables the best of humans and robots combined,” said Dave Coleman, CEO of PickNik Robotics. “We anticipate this software platform to have a huge impact on the space industry and other unstructured environments.”

Some of the many benefits of using MoveIt Studio are listed below.

PickNik Robotics also leads the development of the open source MoveIt project, a widely used robotic motion planning framework within the Robot Operating System (ROS). MoveIt is used heavily by companies and academics to enable robotic arms to interact and manipulate objects. It is now used worldwide in thousands of robots, including projects by Google, Microsoft, Amazon, Fetch, Kinova and Franka Emika. MoveIt Studio extends MoveIt to give robot technicians access to the advanced algorithmic capabilities provided by MoveIt with an accessible user interface.